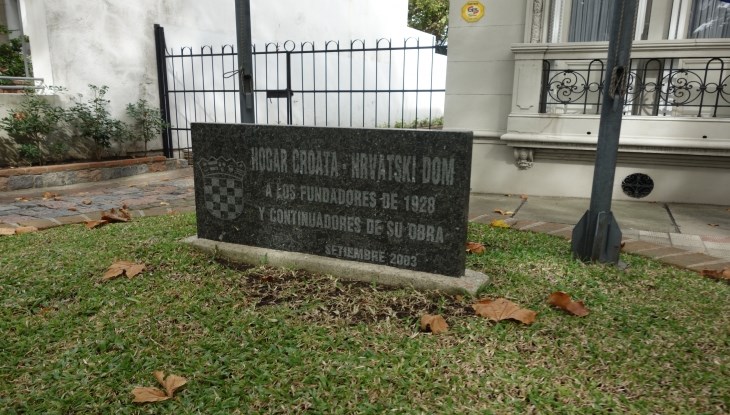 Number of Croats in Uruguay
Today third and fourth generation of Croats lives in Uruguay. It is estimated that there are 5 000 descendants around.
First Croatian immigrants came to Uruguay at the second half of the 18th century; mainly they were Croatian sailors who decided to leave their boats and to settle on new land.  We can find records of a sailor Filip Lukšić from Sutivan, Brač, who became a successful ship owner.

Significant immigration from Croatia started in the 19th century, most immigrants came from Dalmatia but they did not succeed in leaving any significant trace in history of immigration.  After the First World War, came another wave of immigrants, most of them settled in Montevideo, Cochillas, Colonia and Carmelo where they continued to sail ships.

Croatian associations and Catholic missions
Croats founded Hrvatski dom- Hogar Croata Montevideo in 1928. Hrvatski dom is the place where Croat descendants socialize and cherish their origin.  Within Hrvatski dom classea of Croatian language are organized as well.
Uruguay- Croatian Commercial Chamber has been established in Montevideo. There are no Croatian Catholic missions in Uruguay but occasionally, priest from Buenos Aires holds Mass for Croatian immigrants.

Publishing and Media
On Sunday, Montevideo broadcasts radio-show in Croatian and Spanish language for members of Croatian Diaspora.